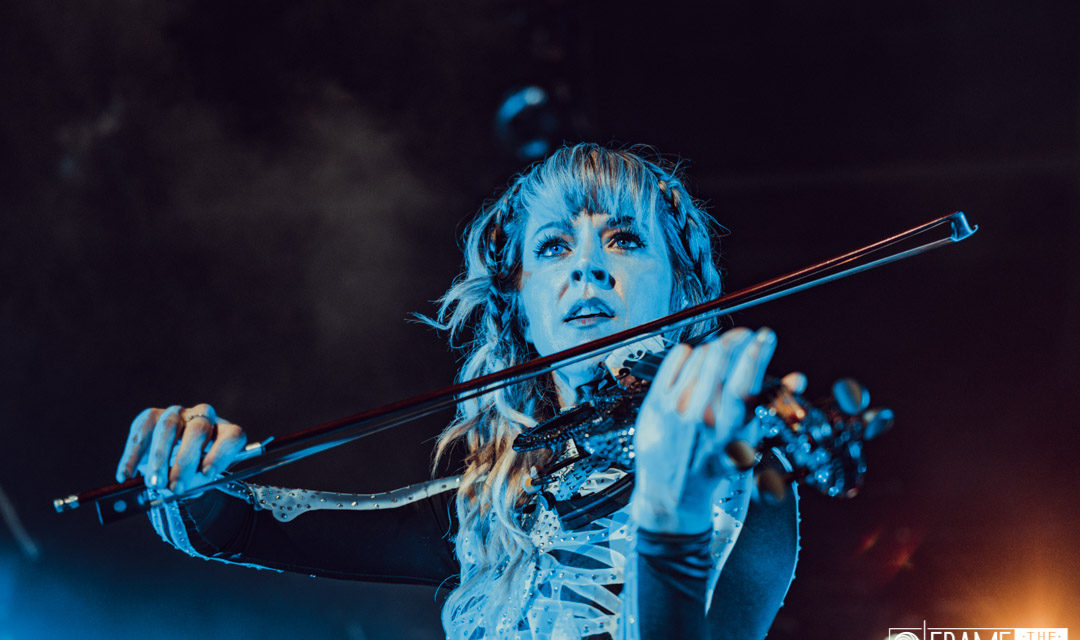 Lindsey Stirling performed at Express Live in Columbus on Wednesday, August 8th. The night was magical, literally! Her show consisted of dancing skeletons, a 20-foot tall dress, and her disappearing and reappearing out of thin air! She didn’t just put on a concert. She put on a performance.

Express Live was setup differently from most other nights. Where you would traditionally see the “pit” were hundreds of chairs, automatically creating a more sophisticated vibe than most shows at Express Live. Throughout the night her performance was enhanced by the aid of two additional musicians (one on the drums and the other playing guitar/keyboard) and four amazing dancers. Lindsey also had a sign-language interpreter standing to stage right, ensuring a complete Lindsey Stirling experience for all attendees.

Lindsey was full of joy, and she translated that into her performance. All night she twisted, twirled and kicked her way across the stage with a constant smile on her face. The crowd was in awe as she danced in-step with the backup dancers while still flawlessly playing the violin. Periodically Lindsey would stop between songs to talk with the crowd. There was some light-hearted discussion about her first tour and how she had played the much smaller A&R Bar as one of her first shows. She also discussed heavier topics, like the loss of her father and her battle with anorexia. She used those topics as introductions to the songs “Take Flight” and “First Light.”

Throughout the night Lindsey played many crowd favorites, including “Shatter Me”, “Crystallize” and “Don’t Let This Feeling Fade.” She also reached back to her roots and played a video game medley, including songs from the Assassin’s Creed and Zelda series. Every song had its own on-stage theatrics, including disco balls, costume changes, and intricate on-screen graphics. For many the highlight of the night came with the encore, with her playing “Beyond the Veil” with a Phantom of the Opera medley. The night was pure magic for all.

You can keep up to on all things Lindsey Stirling at lindseystirling.com. She is currently touring North America with Evanesence, with her final show of the tour on September 8 in Ridgefield, Washington.