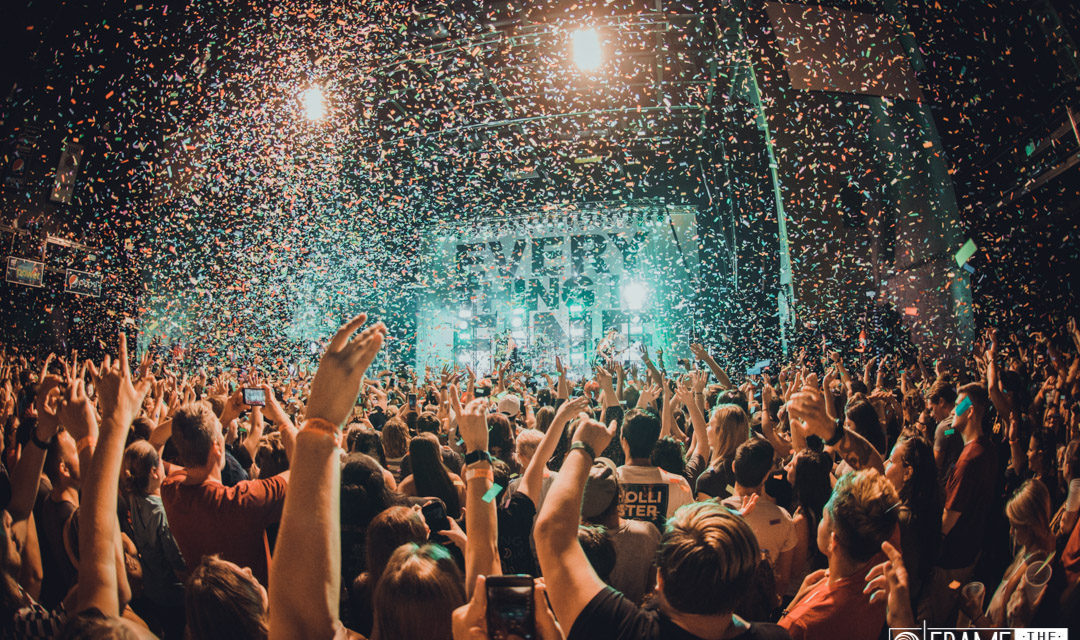 The Summer Ever After Tour featuring All Time Low and Dashboard Confessional came to Columbus on Thursday, August 9, 2018. Both bands have been around since the early 2000s, and bring a huge fan base with them. All performances of the night were extremely energetic and gave the crowd exactly of what they were expecting, and then some! Nobody left Express Live that night disappointed!

Dashboard Confessional’s set consisted of plenty old-favorites, and some new tracks. Chris Carrabba was all smiles during the night, clearly happy to be in Columbus and performing to a crowd that knew every word of every song. They opened their set with the Spiderman 2 classic “Vindicated” and kept playing hit after hit. Mid-set Chris talked about the importance of Weezer to his career before the band played a cover of “Say It Ain’t So.” The one song that the crowd didn’t know was “KindaYeahSorta”, which was released only 6 days before. Chris  gave plenty of instructions before the song to ensure that the crowd could still singalong to the new single. Of course, a Dashboard set wouldn’t be complete without the last song they played, “Hands Down.” They exited the stage to a wild and crazy crowd.

All Time Low hit the stage ready to put on a performance for Columbus. They didn’t pull any punches. Their set alternated between dance songs and singalongs, and they were happy to do both with the crowd. The recurring theme of “Everything Is Fine” kept appearing throughout the night. It was what was printed on the background banner. It was written out with the guitar picks on lead singer’s Alex Gaskarth’s mic stand. It was also the second song played of the night and featured confetti being shot out mid-way through the song. For All Time Low, they not only performed an encore, but included three songs for the encore, including “Birthday”, “Lost In Stereo” and “Dear Maria, Count Me In.” The crowd was wild during the entire performance, including non-stop crowd surfers, non-stop singing and even a few bras being tossed on stage. It was a performance to remember!

You can stay tuned to all things All Time Low and Dashboard Confessional on all of their social media accounts and their websites at www.alltimelow.com and www.dashboardconfessional.com.