Review: 311 and The Offspring Co-headline at The Rose Music Center at The Heights

An eclectic mix of fans gathered at The Rose Music Center at The Heights on September 4 for a night of equally eclectic music featured in the Unity/Never-Ending Summer Tour. Gym Class Heroes kicked the evening off with their hit single, “Stereo Hearts,” and the popular “Cupid’s Chokehold”.

After the energetic performance by Gym Class Heroes, the stage darkened once again and soon revealed The Offspring’s iconic logo. The crowd went wild when lead vocalist Bryan “Dexter” Holland entered the stage and the instantly recognizable drum beat of “Americana” began to pound through the venue. The band formed in 1984 and has shown no loss in enthusiasm from its fanbase, which was made evident by the fact that the crowd’s fervor only intensified as the set went on. Songs spanning the band’s 34 year career were all performed. Favorites included “Gotta Get Away,” “(Can’t Get My) Head Around You,” and the always emotional “Gone Away.”

After The Offspring wrapped up their set, 311 took the stage amidst a colorful background of geometric patterns. Lead vocalist Nick Hexum began the set with the famed sounds of the upbeat “Come Original.” Fans enthusiastically danced to “Beautiful Disaster” and “All Mixed Up,” and swayed to the easy sounds of “Amber.” The pinnacle of the night was a drumline-esque ensemble in which each member of the band played his own set of drums in unison without any additional instruments or vocals. This part of the show definitely highlighted the impressive musical talent each member of 311 possesses.

The alternative/reggae-rock band has enjoyed huge successes over the span of their 30 year career. In that time, 311 has produced twelve studio albums ranging from gold to triple platinum with record sales reaching over 8.5 million in the United States alone.

2017 brought forth the band’s most recent album, Mosaic.

While summer may never be ending according to the name of this year’s tour, only a couple performances are left; the last scheduled show is slated for September 9 in Wichita, Kansas. Tickets can be purchased at www.ticketmaster.com. 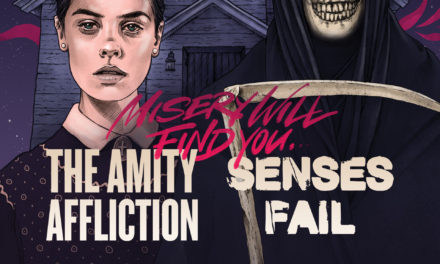