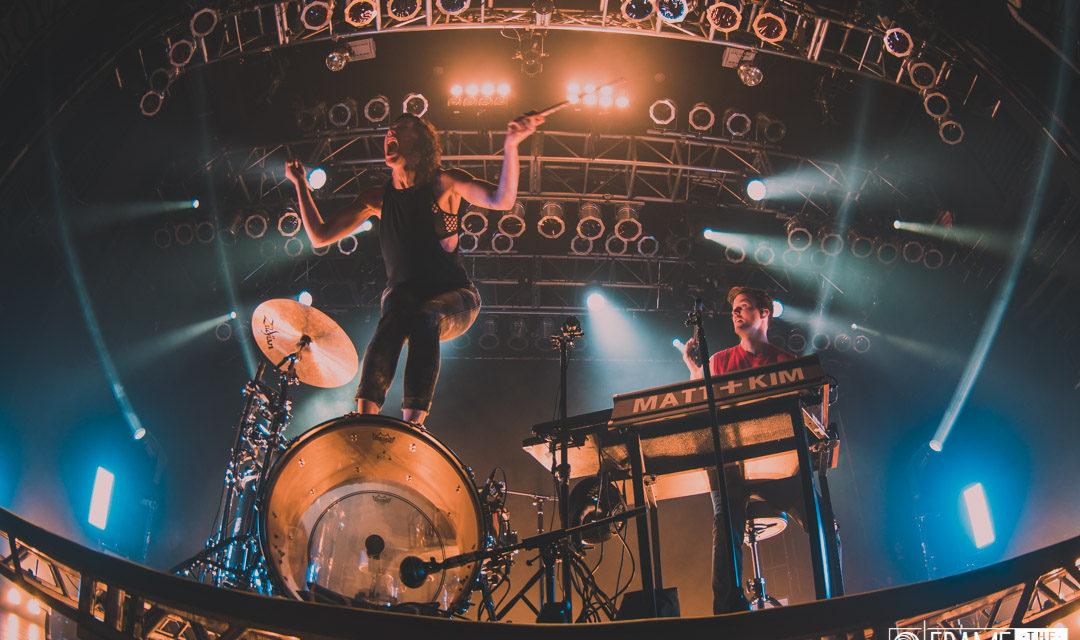 September 20, 2018 was an exhilarating night for many in Cleveland! The White Sox were in town and took the Cleveland Indians into extra innings. The Cleveland Browns won their first football game since December 24, 2016. However, the one highlight of the night for many was seeing Matt and Kim at Cleveland’s House of Blues.

This was my second Matt and Kim show to cover this year and I would be happy to cover fifty more, if given the opportunity. Their show is filled with so much fun and excitement that it becomes contagious. Throughout the House of Blues you would see groups of friends, where some were fans for 10+ years bringing other friends who were new listeners of Matt and Kim. They wanted their friends to experience the love and joy that comes from attending a Matt and Kim show.

The House of Blues show was the last of their headlining shows for their current tour. Matt and Kim both were at an 11 all night and asked the same from the audience. Noticing that some of the box seats were not full after the first song, they told the audience to get as close as possible, including taking the unoccupied box seats. Their mantra was “if they weren’t here yet they weren’t going to come.” They told security that if they had an issue, they could talk to Matt and Kim directly.

Throughout the night Matt and Kim were engaging with the audience. They encouraged non-stop crowd surfers and mosh pits. At one point they split the crowd down the middle, creating two walls. When the next song hit its climax, the crowd crash into each other, creating chaos in the pit. This was something I had only previous seen at metal shows and proved that Matt and Kim fans can go toe-to-toe with anyone.

Matt and Kim’s performance featured an intricate light show and many unique props. Four songs into the set the crowd was flooded with balloons, with Kim saying she would buy anyone a shot that could get the balloons all the way into the balcony. Next they introduced blow up dolls to throw around the crowd. These dolls closely resembled Matt and Kim, except for the boob size (Kim’s words, not mine). It’s not that they didn’t request a smaller chest size, but the doll company refused to adjust the chest size. The night ended with a fury of confetti being spread over a cheering crowd, putting the perfect bow on an amazing night.

Matt and Kim played many old and new songs, with the crowd singing along to every lyrics. One crowd favorite was the song “Forever” off of their latest album release, “ALMOST EVERYDAY.” You can stay up-to-date on everything Matt and Kim at mattandkimmisic.com.