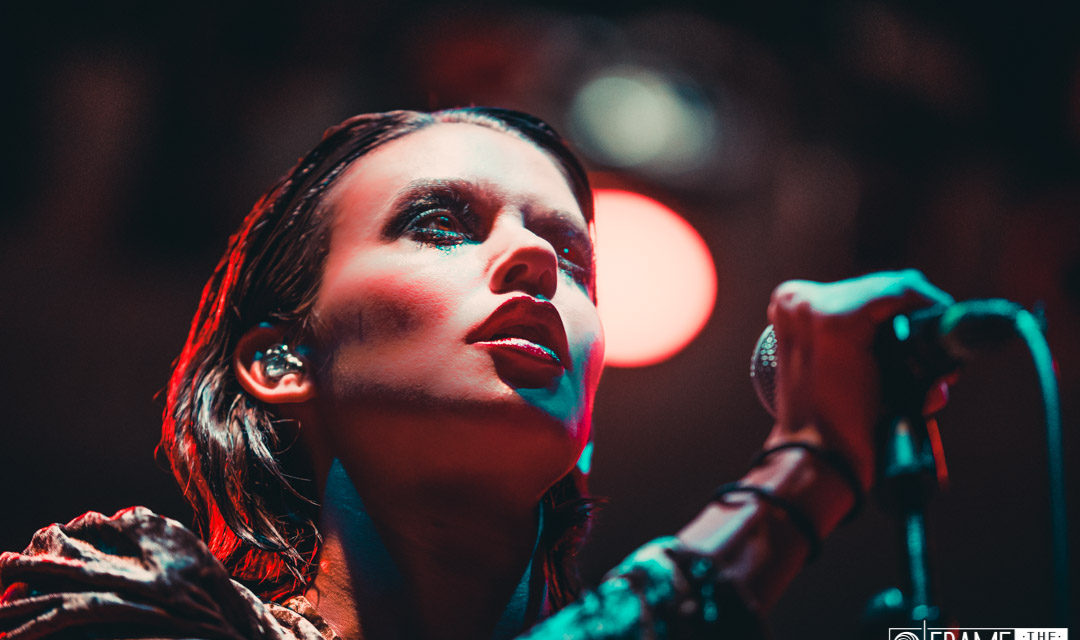 Meg Myers visited Columbus on Friday, October 5, 2018 at the Newport Music Hall. Her show was originally planned for the A&R Music Bar but was moved due to high demand. Meg was just in Columbus in June with Walk the Moon but this was her first time headlining in Columbus since 2015. Adam Jones was the opener for the night.

Meg Myers was the perfect show for October. There was a spooky vibe throughout the night, created by the lighting and Meg’s stage presence. The stage had extreme lighting, often only spotlighting Meg. She wore a gold jumpsuit and had deep black eye makeup, creating contrasting shadows across her face. Throughout the performance Meg would add emphasis to each song by moving her hands similar to what you would expect with someone casting spells around a cauldron.

Meg’s setlist was a solid mix between old and new songs. She started off the night with “Jealous Sea” and “The Death of Me”. Both songs worked really well back-to-back. Later in the set Meg played one of her oldest songs, “Monster”, which almost every audience member knew and sang along. She closed the night with a three song encore. The first song was “Constant”, which she played with an acoustic guitar and without the backing of the band. She closed out the night with “Desire” and “Numb”.

Meg Myers is currently touring North America through the middle of December. You can keep up-to-date with everything Meg Myers at megmyers.com.