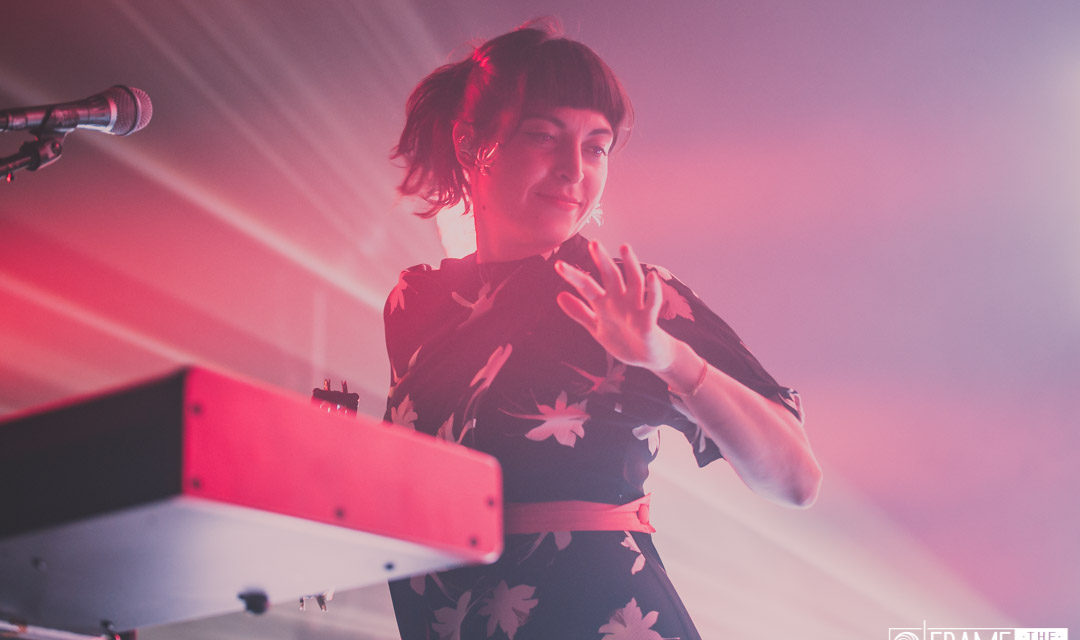 St. Lucia kicked off their North American headlining tour at the Newport Music Hall on Tuesday, October 2! While the tour will feature various opening acts, Now, Now was the opener in Columbus. Now, Now had technical technical difficulties at the beginning of their performance, but instead of letting it throw them off track, they engaged with the audience with some fun banter before starting back up. In the end they were able to play an engaging set. The crowd was thoroughly entertained and ready for St. Lucia to take the stage.

St. Lucia had one of the most incredible stage setups that I have seen. They had individual light blocks that backlit the entire stage. The lights were set in a grid format behind the band and would display various colors, pictures, or patterns throughout the performance. It was a technical marvel. You can view a timelapse of the stage setup at St. Lucia’s Instagram, found here: https://www.instagram.com/p/BocV7wbjwjG/

St. Lucia’s performance was incredible. They opened up with the song “September’ from their 2013 album, “When The Night.” The stage was filled with fog and lightly lit with blue lights as the band took the stage. They brought an emotion to the stage that you rarely see in bands. Band members Jean-Philip Grobler and Patti Beranek had their first child this past year. They nearly brought the entire crowd to tears when they talked about what it meant to be parents before playing the song “Next To You”

Jean-Philip Grobler always seems to have fun while performing  and it was no different during the Columbus performance. During the song “Love Somebody” he jumped off stage and joined the audience. He proceeded to walk around the crowd while singing, giving out plenty of hugs and high-fives. The theatrics continued during the song “Physical.” During the chorus (when he is not singing), he would complete a lap around the stage, running as fast as possible.

The band closed out the night to an encore, playing “Paradise” and “Elevate.” In total St. Lucia played 17 over nearly 2 hours. The crowd danced every minute and praised St. Lucia with thunderous applause as they left the stage.

You can catch St. Lucia on their North America tour. You can stay up-to-date on their tour and everything St. Lucia at http://www.stlucianewyork.com.