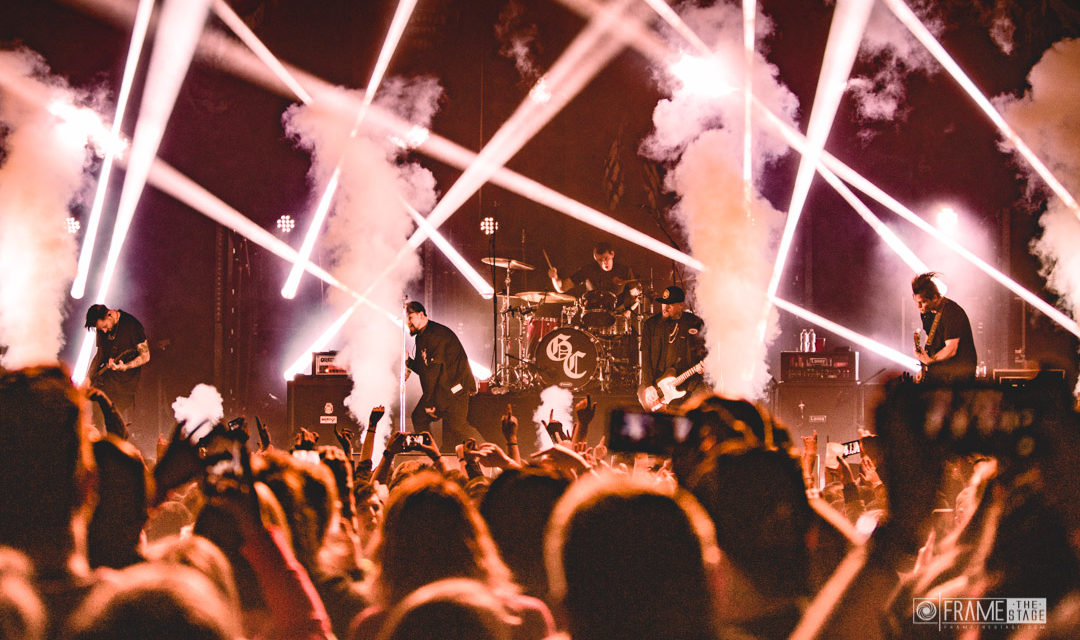 Good Charlotte returned to Columbus on November 2 to perform at Express LIVE! as a part of the Generation Rx tour. Hundreds of people packed the indoor venue, all excited to revisit the songs so many of us grew up with. Prior to the main event, The Dose, Knuckle Puck, and Sleeping With Sirens helped fire up the crowd.

When Good Charlotte took the stage, it was immediately obvious that they have created and maintained a strong relationship with their fans over the course of their nearly twenty year career. The band’s twin brothers, Joel and Benji Madden, acknowledged several times throughout the show that many of their fans started listening to Good Charlotte in their formative middle school years, continued into the angsty high school years, and kept rocking out into adulthood.

They spoke often in between songs about how the world needs more positivity, and about how important it is to never give up no matter how tough things get. These sentiments were echoed in their hit song, “Hold On”. Other songs the crowd couldn’t get enough of were, “The Anthem,” “I Just Wanna Live,” and “Lifestyles of the Rich and the Famous.”

The band took a unique approach to determining what songs were played by citing random years ranging from 1996 to the present, then playing a song they came out with from that year. They spoke back and forth with fans often as well, a type of interaction not seen very often at most concerts. It was an awesome night of good music made by genuinely good guys.

Good Charlotte will continue the Generation Rx tour into summer 2019.