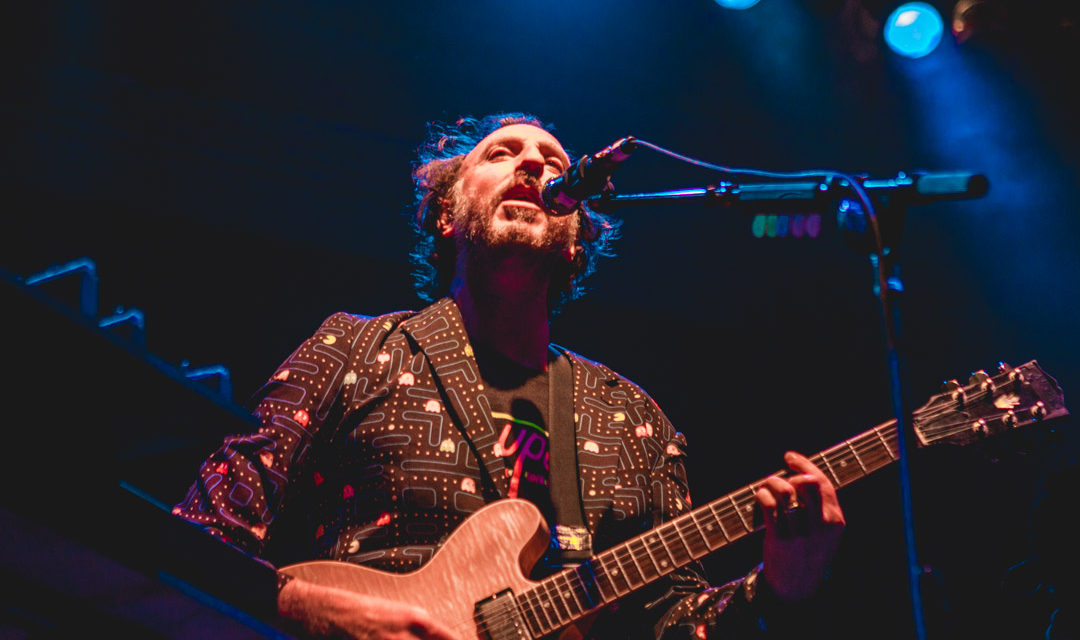 When Guster took the stage, they jumped right in and started the show off with a fan favorite, “One Man Wrecking Machine.” They followed it up with “Ramona,” “Look Alive,” and Satellite. Every song they played had the crowd enthusiastically dancing and singing along.

At one point in the show, the band’s lead vocalist, Ryan Miller, pulled out his phone and read an email a fan sent him saying that her parents bought their family VIP tickets online for $500, but it turned out to be a scam and they were just for general admission. She asked in the email if there was anything at all that could be done to help remedy the situation and make the night special for her sweet parents who were just trying to do something nice for her. Turns out, the band called them a limo, played a hilarious ad-libbed song about the scammers, invited them backstage to eat with them after the show, and, brought them all up on stage for the last several songs of the night.

Adding to the exceptional crowd interaction, Ryan later jumped off stage into the pit, worked his way through the crowd, then stood on a hand rail while singing, waving his arms in the air in unison with the fans. Fans will certainly look forward to the next time Guster comes to Columbus.

Guster will continue the Look Alive tour into April 2019. Look Alive is available for pre-order now at www.guster.com.