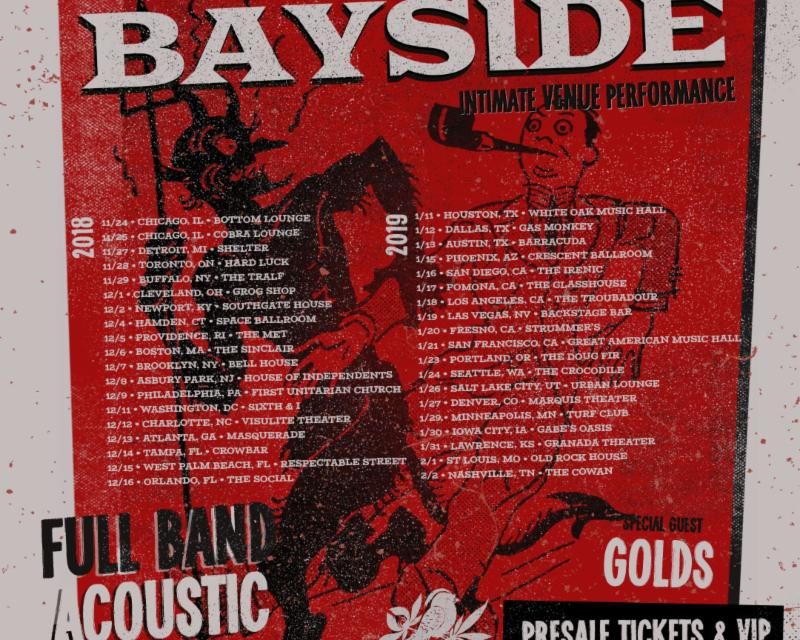 I’ll start by saying I have seen Bayside before (Bunbury Music Festival) back in 2016. I’m one of those people who were Tweeting at the band a few times a year to do an acoustic tour. While I do love all Bayside’s music – I’m obsessed with their acoustic albums. Well, they finally listened and announced a “Full Band Acoustic Tour”. Now, I was prepared to drive near or far for this, so I counted this as a triple win that not only was this tour announced, but there was an Ohio date and on a Saturday Night.

Bayside started their set with “Moceanu” followed by one of the crowd favorites, “Devotion and Desire”. All it took was the first note of “Moceanu” to know that this is about to be an emotional show -not only for myself but clearly, the whole crowd. While you would think with an acoustic show it’d be laid back and settle, not this one. Everyone was singing and dancing joyfully to every single song.

I truly hope Bayside does another acoustic tour in the future. The band will be on touring from November 2018 – February 2019 (see below). If there is a date you are considering attending, do it! It was one of the best acoustic shows I’ve attended and a great way to start December.