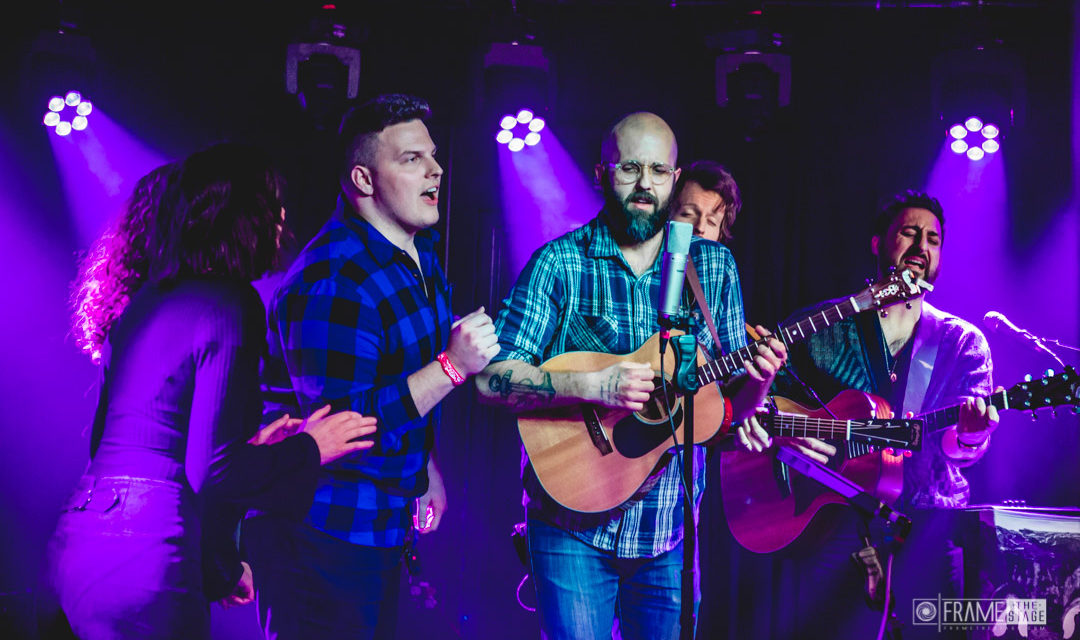 On February 10, Woodland’s Tavern welcomed indie folk artist William Fitzsimmons for an intimate live performance. Blizzard-like weather conditions didn’t stop fans from coming out for the rare appearance in Columbus. Opening the evening was the Los Angeles based husband/wife duo, Jim and Sam.

The show was a soothing yet emotional experience for most of the people there because of the intensely heart-rending lyrics each song delivered. Many of his songs were written about his experiences with his parents’ divorce as well as his own. He jokingly acknowledged the “depressing” nature of his music but still had the crowd laughing between every song.

Fitzsimmons has a voice like none other. He somehow manages to pack an unbelievable amount of emotion into his delicate, whispery singing voice (which is a striking contrast to the deepness of his speaking voice). Proof of the powerful impact he has on crowds was evident when his performances of “Never Really Mine,” “We Feel Alone,” and “Afterall” had many people visibly holding back tears.

The last song of the night was a rendition of Tom Petty’s “Learning to Fly.” He told the crowd that prior to the show he had a meet and greet with a long-time fan, Chris Godsted, who turned out to be a talented singer as well. Fitzsimmons invited Chris on stage to sing the final song with him, along with the opening act, Jim and Sam.

William Fitzsimmons will continue touring into May 2019.