The Beautiful Mistake will return with the release of their new EP ‘You’re Not Broken. I Am’ on March 27th via Wiretap Records (US) and Disconnect Disconnect Records (UK/EU). They are set to debut their new single “Memento Mori” later this month.

Throughout the years, the band put out releases on SideCho Records, The Militia Group, and Reignition Records and had songs and videos featured on Victory Records and Hopeless Records. They released two full-length albums, released two EPs, and had various songs featured on compilation albums. In addition, they toured with many hardcore, punk, and rock bands including the likes of Brand New, Funeral For A Friend, As Cities Burn, Fall Out Boy, Senses Fail, Moneen, Every Time I Die, Anberlin, and Emery as well as having shared the stage with the likes of Snapcase, Underoath, Atreyu, and Avenged Sevenfold while extensively touring.

The band played their last full-band show at Purple Door Fest in Pennsylvania in 2005 before quietly going silent until 2018 when they announced they would play two reunion shows in Southern California in March of that year. That reunion helped inspire new music in many ways, and the band entered the studio in mid-2019 to record five songs with Beau Burchell (Saosin). The result being their new EP ‘You’re Not Broken. I Am’, which will be released on March 27th via Wiretap Records (US) and Disconnect Disconnect Records (UK/EU).

Later this month, their single “Memento Mori” is set to be released. It is the first song off the new EP, which picks up right where the band left off delivering their signature equal parts melody with screaming. The band is set to perform on the 20 year anniversary of Furnace Fest in Birmingham, AL featuring Further Seems Forever, BoySetsFire, From Autumn to Ashes, Converge, Hopesfall, Norma Jean, and more. 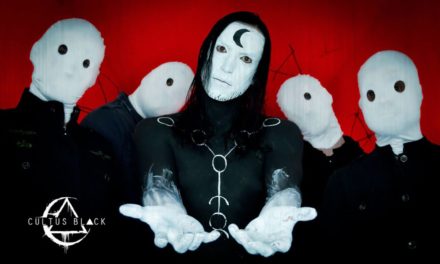