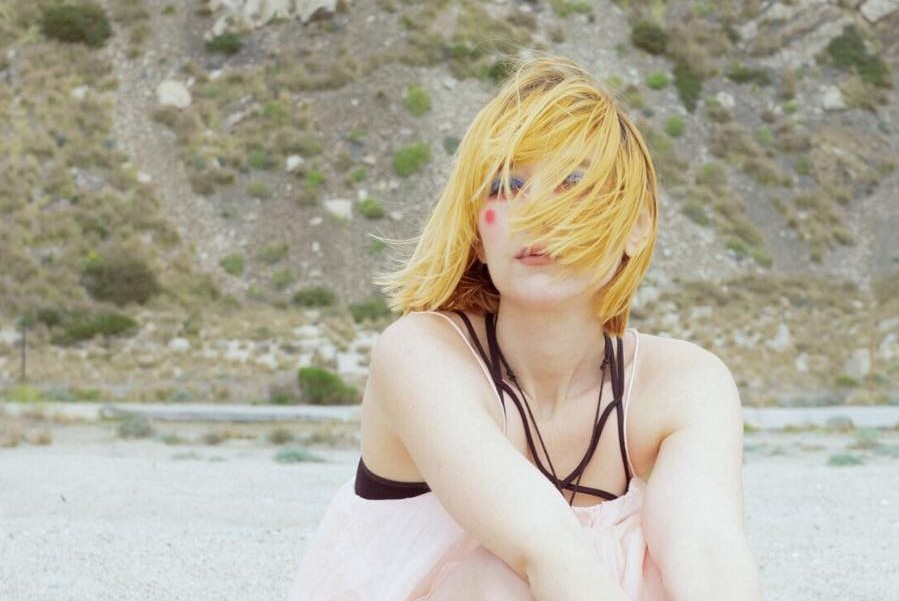 Los Angeles-based (other planet-born) singer-songwriter Lauren Rocket recently took the time to answer some of my questions. She discussed the artists who have influenced her, the character she portrays, and more.

Having grown up playing and composing classical piano music, Lauren White discovered performing always came quite naturally to her. At age sixteen, she founded the all-girl power-pop band Rocket, which became her first passion project. With three releases under their belt over an eight year stint, the band completed various American tours including Van’s Warped Tour. She was also in Night Terrors of 1927, a synth-pop harmony driven indie-pop band that was on Atlantic Records.

Two of her songs went to #1 on European Dance Charts, and her album peaked at #11 on Billboard’s Top Electronic Album Chart. She has collaborated with songwriters Jeff Silbar, Matt Squire, Michael Fitzpatrick, Beau Dozier, Don Was, and Thirty Seconds To Mars. In addition, she has toured with the likes of Fitz and the Tantrums, The Colorist, Butch Walker, and The Horrorpops as well as played at numerous festivals including Coachella, Bunbury, SXSW, Life Is Beautiful, CMJ, Lollapalooza, and Outside Lands.

Q: From the beginning, what inspired you to create music? Have there been any specific artists or bands that influenced you along the way? If so, how have they helped to shape the musician you are today?

A: I’ve always loved music. Ever since I could talk I was mostly singing or humming, and I would “play” the piano. I say “play” loosely cause I had no idea what I was doing. I was super obsessed with the musical “Cats” and would try to sing and play every song, so that’s when my parents decided to give me piano lessons. However, at the same time, I’ve always gravitated towards rock music. I absolutely loved Nirvana, Leonard Cohen, The Beatles, etc as a kid, and I still do. Then when I was fourteen I literally found the Bowie CD “Hunky Dory” and my world changed. It must have been divine intervention. I listened to it on repeat in my room for hours. Bowie really changed everything for me. So did Kurt Cobain. I could sing every Nirvana record front to back (Incesticide is my fave). Those two legends were the reason I started bands in middle school, and continued to play in bands to this day. They were my first idols. I started my first band when I was 12. And don’t tell anyone, but it was called “Jumbo Shrimp”. Oops I just said that.

Q: You grew up playing and composing classical piano music. Would you mind telling me a bit how you went from that to being in your power pop band Rocket?

A: LOL. Well yes. My parents gave my classical piano lessons when I was about 6 until 17. By the time I was 13 I hated those lessons. I would throw fits about practicing and was like fuck this- I HATE Chopin. Get me outta this house. My poor parents. Now I thank them for those lessons, and I truly love Chopin. Classical Music was just part of my evolution- and it still influences my writing. Sometimes I laugh at myself like- oh there it is, I just gotta get a little baroque with the melodies and chord progressions, and then reel it back cause it can sometimes be not ok lol. But, it’s just in my blood and hands- there’s always a classical element. Naturally, as I progressed musically and luckily had a cool older sister who took me to rock shows, I knew I wanted to be in a rock band. Rocket started in High school with a few of my friends.  I believe it was once again, divine intervention. A girl handed me a flyer in the library that said “seeking lead singer for all girl band”. That girl was Lauren C, and she went on to start Rocket with me and we made that band happen for about 7 years. She became my best friend that day, and still is.  She’s my first musical ally.

Q: With that band you played multiple tours, including Warped Tour. Do you have any stories that have stuck with you from your Warped experience? If so, would you mind sharing one or two?

A: Warped tour was insane and I’ll tell you why. We basically finagled and snuck our way onto that tour through sheer determination and will. Ironically, we weren’t actually officially on the tour, but somehow managed to make enough connections to get a show basically every day on one stage or another. We started west coast, and then when the tour went east, so did we. Five little girls drove 40 hours straight cross country to play the first stop of the east which was Camden, Ohio. When we got out of the van we all basically fell over cause driving that far without stopping in a big ol passenger van makes you feel like you’re inside a blender and all your insides are being shaken up. Someone threw up I remember right when she set foot on the pavement, and then the band played on as true legends do. So that’s a little fact most people don’t know is that we forced our way on to warped tour. I still look back at that version of myself in aww, like who is she? I could never do that shit now. We would fight, cry, scream, laugh, love and hate each other daily, but none of us would have traded that experience for the world. It was our first tour, and I think we went on to do about seven more after that. Once you do Warped tour, every other tour is a piece of cake. There was also a moment that our bass player literally fell asleep with her head on a cheeseburger. That’s a solid memory.

Q: Now creating music under the name Lauren Rocket, what inspired the character you portray? Can you tell me a bit more about that persona?

A: I’ve always felt like an outsider I guess. A little weird, a little different. Once when I was about 9 some random girl came up to me at a playground and really rudely asked me if I was an Alien. She seemed disgusted and shocked to see me. I ran home to my parents crying, I didn’t understand why she was so mean, and why it was so disgusting to be an alien. Of course in my mind, at the time, aliens looked like little green men. That really affected me, I think because I do feel like I’m actually an alien and I don’t know what I’m doing here on earth. So it struck a chord. Look, Earth is like the ghetto of the universe. Don’t get me wrong, it has a lot of beauty, but what’s happening now is pure insanity and a direct response to how we are treating our planet and earthly brothers and sisters (this includes all living beings from trees to spiders to cows). It’s so disgraceful and I believe that our behavior has to change otherwise we will be wiped out so the earth can rebirth itself and start over again. Anyway- I digress- and yeah, Lauren Rocket is me. It’s the part of me that feels like a weird loner alien. I wanted to portray this part of myself as an actual character that believes she fell here from the sky, and is really trying to find her way back home, find out who she is, and find out why she’s here on earth. I have a new EP coming out soon called “Skygirl”, it’s a conceptual EP about just that.

Q: How would you describe your evolution from writing as part of your band Rocket to your writing now? How is it similar, and how is different?

A: I loved writing with my band because I believe that collaboration is imperative to creation. I prefer a potpourri of influences and ideas. I’ve definitely carried that over to my new stuff, and still prefer to write with others. One of my favorite co writers is Chelsea Dawn Davis, she was in Rocket for a couple years and is a musical genius. We have a musical bond that feels like channeled magic. I love writing with her whenever I can. Also, my personal writing has just evolved, as it should, over years and years and years of writing music. I feel like now, I’m the most authentic version of myself that I’ve ever been…and I can feel that in my writing. It makes me very happy.

Q: In your video for “Rattlesnake” you’re shown eating a variety of sweets. So, I have to ask, what are the sweet treats that you can’t ever seem to resist?

A: Sweets and trashy food as a visual is one of my favorite things. To be honest, I’m a strict vegan so most of that junk in rattlesnake video I don’t actually eat. But, if I do go for a sweet treat, I would have to say Sour Skittles, Oreos and sour patch kids are my favorites. I also love a coke slurpee. Ok, so I do like junk. There ya go.

Q: Given the current state of the world given everything COVID-19 related, how are you staying busy? I saw a post on your social media mentioning planetary meditation. Tell me a bit about that?

A: At this moment in time, I’m just trying to practice the art of being ok with being not ok. If that makes sense. The world feels so strange right now, but I’m actually looking forward to that. I do believe that beauty can emerge out of this darkness, as well as a restructuring of a system that is flawed, outdated and that has been failing humanity. I believe in the power of meditation and yoga, because both practices have changed my life so dramatically. I feel a sense of balance that I couldn’t have achieved without both of those things. There was a global meditation the other day to heal our planet, covid, and ascend us as a species. I believe in the power of group thought, and of course participated.  I even got my parents to participate! I can only pray that we all come out of this tragedy as better, more loving people and change the world for the better. We are seeing what is important, and loving each other more than ever. At least that’s what I’m witnessing in my circle. If that doesn’t happen though, I’m finally moving to Mars.

Q: If you could collaborate with any musician, who would you choose, and why?

A: David Bowie if he were still here. Because he is the ultimate alien. But as far as current living artists go, either Dolly Parton or Matt Bellamy. I love Bellamy’s writing- maybe it’s because it has elements of classical music but it’s so epic and giant at the same time. I find it so weird that so many people make fun of me for loving Muse, but I do. One of my producers gave me so much shit about Muse, but I made him go see them with me and he finally understood. I think they write super evolved, interesting and profound songs.

Q: Are there any artists or bands that you are currently listening to that you feel others should have on their radar? What about any local (to you) musicians you’d like to highlight?

A: I’m super into Mac Miller “Circles” at the moment as well. What a genius piece of work. Also “Kids see Ghosts”. And if you haven’t listened to Jim Sullivan, you’re in for a treat. Listen to his record “UFO”. My local favorites are probably Neon Cowgirl, Rain Pheonix and Simone Istwa. All worth looking up.

Q: What do you hope listeners gain from your music? 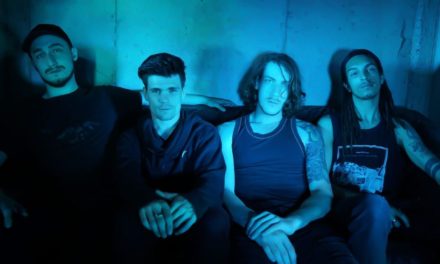 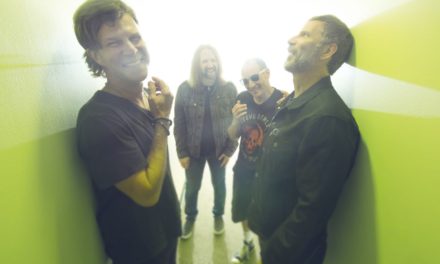 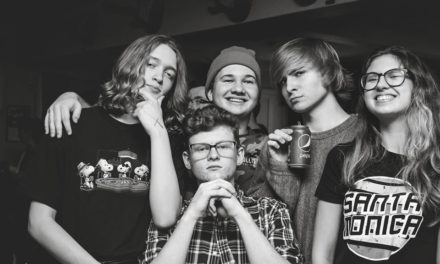