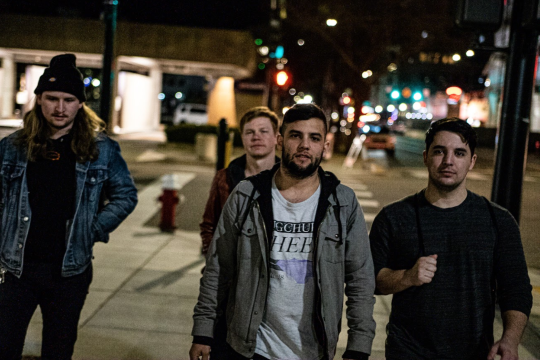 Idaho-based band Young, Planetary released their new EP ‘Locations I Can’t Place’ via Hidden Home Records. It was produced by Aaron Williams and mixed and mastered by Nik Bruzzese (Man Overboard) at the Lumberyard Recording.

About the EP, the band stated:
“It seems like several lifetimes ago that we all met up to start putting together what would eventually become the ‘Locations I Can’t Place’ EP. We truly cannot put into words how utterly insane life has been for us since we started this process almost exactly three years ago to the day. In fact, there were several points throughout where we didn’t think the record would come out at all. Whether it was personal hardships, a lack of resources, or just full on mental and emotional breakdowns, it seemed like every step forward we took, we ended up taking several steps back.

However, as unrelentingly challenging as getting this record out has been, it wasn’t all doom and gloom. In making this album, we all grew so much, both personally and professionally. Sure, we started out as just a few dudes in a room, nervous to see if this project would ever go anywhere. But, over the last few years, we (as cliche and ‘VH1: Behind the Music’ it sounds) became a dysfunctional, little family.

And speaking of family, we would be remiss if we failed to acknowledge the absolute village it took in order to make this record possible. We had some outstanding contributors to this album, which is new for us. Normally, as a band, we keep our business and our songwriting tucked away behind the scenes as much as possible. But, in welcoming people into our process this time around, we were able to get some incredibly unique and memorable moments that we think all of you are really going to appreciate.

But, with all of this being said, we do have to address how utterly fucked up this year has been. 2020, at least for us, was going to be our year. We had plans to tour a few times, plans to get back in the studio at some point, and even plans for all of us to go our separate ways in one way or another.

As you all know, though, it didn’t exactly work out that way. And, with everything that has happened this year, it seems as though we are all going to be stuck in the hell on Earth that is 2020 for quite some time.

So, from our band to you, all we ask is that the first time you listen to our record, you listen to it with the volume cranked. You bump that shit like you’ve never bumped anything before. You learn all the fucking words and you scream them as loud as you possibly can. Because right now we could all use some relief. We could all use a chance to breathe and heal and, for the lack of better words, break some shit.

We know the world is on fire, and it’s going to burn for a long, long time. But, for now, all we can do is come together as a community and fight harder than we have ever fought before. And we sincerely hope that these silly punk songs of ours can inspire you to live to fight another day.”

Sometimes art comes together quickly and naturally. Other times it takes years of changing viewpoints and personal shifts for a project to truly find itself. Young, Planetary started in 2013, and they have faced various setbacks in their time together. Considering their gnarled history, a lesser group would have already thrown in the towel. Something about the band kept bringing songwriter/front-man Trevor Villagrana back to the grind though. After all these years, the band is finally coming into their own on their upcoming release ‘Locations I Can’t Place’.

The new six-track EP tells nostalgic stories of finding and losing love, world-shattering life experiences, and the critical notion of individual progress. The idea of learning from your past is embodied by the release as a whole. The title, ‘Locations I Can’t Place’, comes from a lyric in the third track “Stung”. Villagrana said, “[The lyric] is about kind of going through life and having these experiences that change you for the better. [The memories] are really confusing and kind of uncomfortable in the moment but take you out of your comfort zone.”

With Villagrana’s conceptual focus, the band knew they had to up their game in terms of the final product. Producer Aaron Williams pushed Villagrana’s vocal performance to an elevation unthinkable on the band’s previous material, and each band member brought their A-game instrumentally. Additionally, they took their time to ensure everything sounded just right. The result is a tightly organized assemblage of songs that they always deserved but never could quite achieve before now. Rest assured, ‘Locations I Can’t Place’ is still rawly personal and captivatingly cathartic – not to mention heavy, energetic, and catchy-as-hell, but the release is pristinely packaged. Really, it’s the ultimate realization of what Young, Planetary is at its core – and it’s good.

The ‘Locations I Can’t Place’ EP will see a vinyl release later this year via Hidden Home Records. 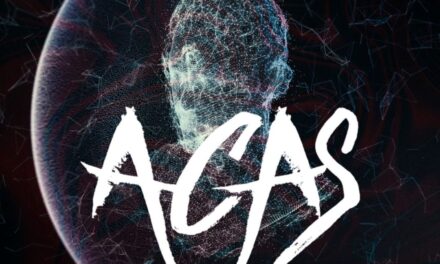 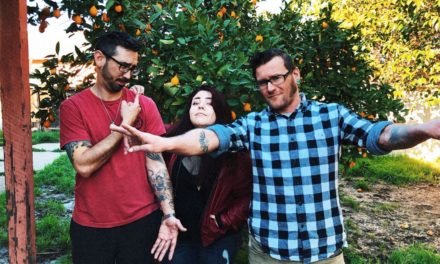 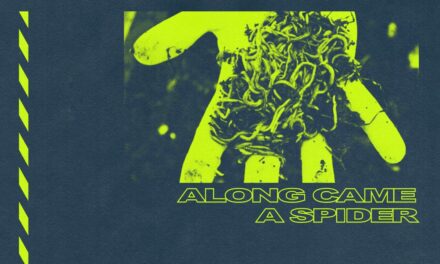 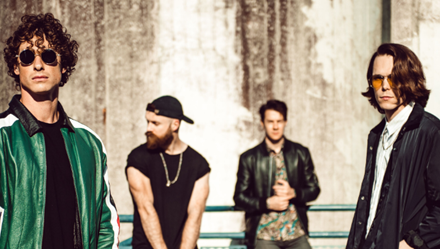