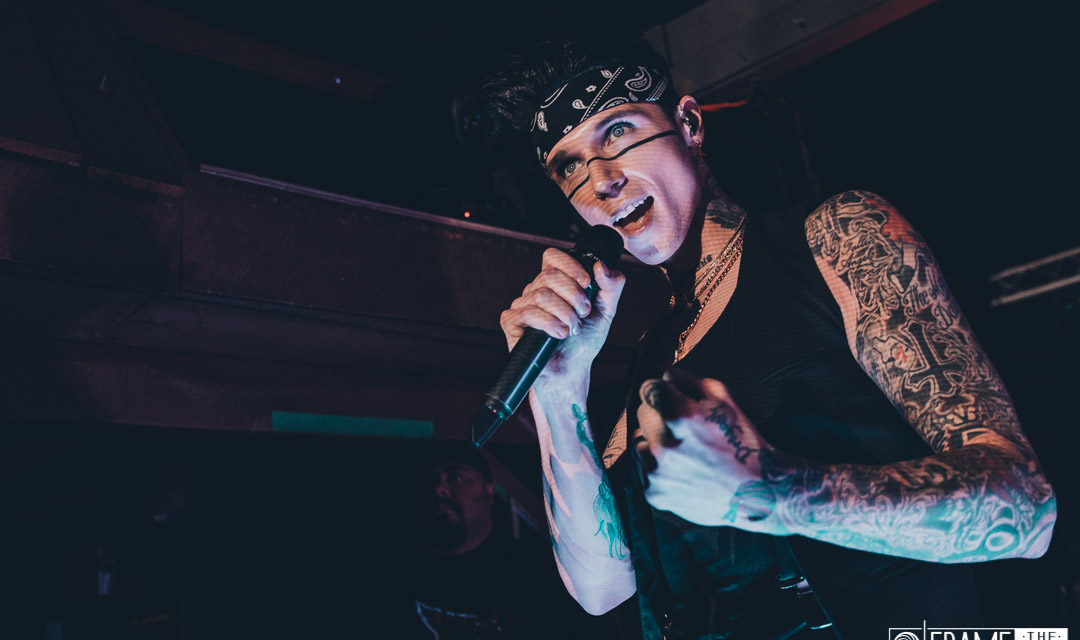 It is always a unique and special event to see Andy Black perform. However, it is hard to top an intimate Andy Black performance in Ohio. That is exactly what concert-goers were treated to on Friday, May 10th at Phantasy Night Club in Lakewood, Ohio.

Being born and raised in Cincinnati, Ohio has always held a special place in his heart. Andy’s latest release, titled “The Ghost of Ohio”, is engaging and thought-provoking and harkens back to Andy’s time in Ohio. Throughout the night told fun antidotes about growing up and performing in Ohio. He talked about how he decided to launch one of his early tours with Black Veil Brides in Ohio, knowing that they would kick the tour off right with the right energy and success. He was right. He also added that he loves coming back to Cleveland because he knows that the crowd will be loud and noisy and sing along to every word.

Andy’s performance on stage was just as engaging as his music. He has one of the best voices in rock and loves showing it off on stage. He has a projector along the back wall of the venue that helped add an extra layer to the stage performance. During songs, the projector would cast various effects across Andy and the stage, including water and snow effects. A special moment happened in the night when Andy talked about recording himself performing in his bedroom. During the next song, he played the projector showed the crowd some of those home videos. You could tell that Andy Black felt at home on stage.

Andy performed plenty of tracks off of his latest album but also performed some classics. His encore for the night featured “Ghost of Ohio” and “We Don’t Have To Dance”. As the music stopped Andy spent time at the crowd barrier meeting fans and thanking them for attending.

Andy is on tour through Friday, May 17, closing out the “Ghost of Ohio” tour in Virginia Beach, VA. You can keep up-to-date with everything Andy Black at http://www.andyblackmusic.com/.