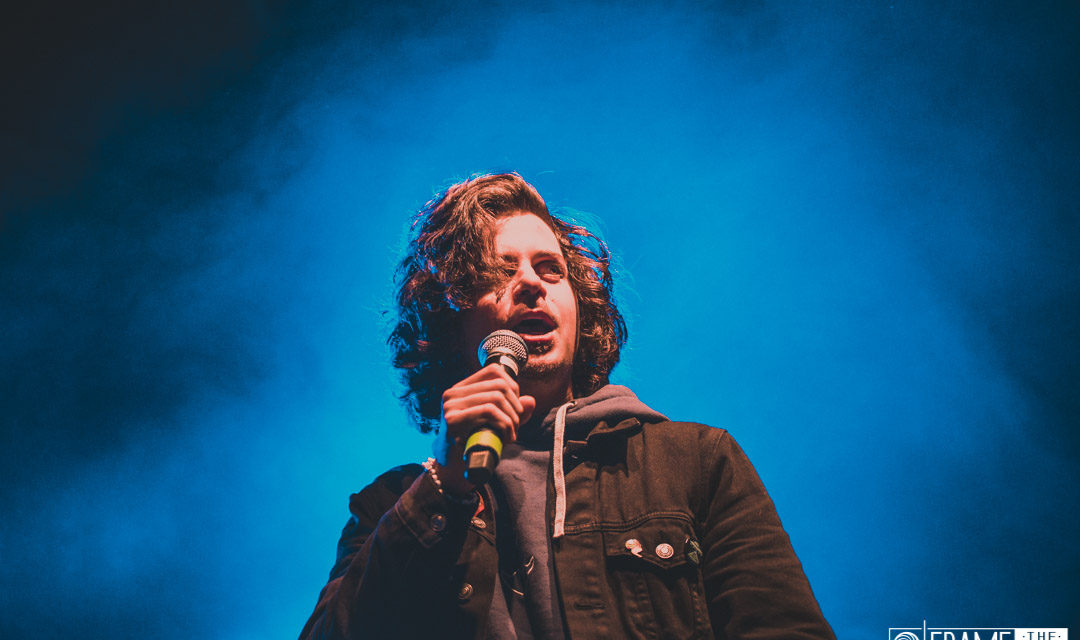 The “Welcome to the Family” tour featuring Watsky came to Columbus on Wednesday, October 17th! The show was held at the Newport Music Hall on a brisk fall evening. The show featured the openers Chukwudi Hodge and Feed The Biirds. The tour was appropriately named “Welcome to the Family” because the openers were part of Watsky’s music family. Not only did the opening acts play their own music, they were part of Watsky’s band. It helped create an incredible, consistent vibe for the night and helped the crowd appreciate every person on stage that night.

The theme for the night was inclusivity. Watsky opened the night playing “Welcome to the Family”. He thanked everyone for welcoming him into their family. This tour was special for him. It was the first tour where he could pick and choose all the acts. It allowed him to make sure he toured and showcased people that share his same values of love and respect.

Throughout the night Watsky was intimate and exposed with the crowd. He would often talk with the audience, explaining the meaning behind songs. He would infiltrate the crowd through crowd surfing and dancing in the pit. He had genuine fun all night and that ensured the crowd did too.

The encore for the night was truly special too. He closed the night by playing all three parts of “Tiny Glowing Screens.” It led to a constant singalong with the crowd during Parts 1 and 3 and a deep, emotional outcry from Watsky during Part 2.

Watsky and the “Welcome to the Family” tour is currently touring North America through November 7. You can stay up-to-date on everything Watsky at georgewatsky.com.